Little legal guide for the demonstrator in Belgium

This legal guide is not an invitation to respect the law.

The anti-repression work of the Secours Rouge is part and parcel of the anti-capitalis revolutionary struggle. We think that legal means should be used, bu we also know that they won’t be sufficient to overthrow the established order. How could it be otherwise as the law fortifies a social power struggle and makes the reproduction of the established order easier. Acting within the bourgeois laws while fighting against the authority of the bourgeoisie is just like cutting your foot to get it inside your shoe.

This legal guide just helps to make choices (is it legal or illegal?) to find out when you cross the line where legal repression begins, and thus to make the customary arrangements against repression necessray, starting with anonymity.

The constitution guarantees the right to hold a demonstration. But this right is swamped by a mass of different rules and laws. The municipalities demand a preliminary application which is accepted after a telephone conversation in most cases. Prohibited demonstrations may be nipped in the bud, but can also sometimes be tolerated.

Tolerance is inexistent in two zones (punished by a fine of 250€): at less than 50 meters away from any embassy/consulate (this is however possible with a permission). In Brussels, there won’t be any permission for a demonstration in the ‘neutral zone’ (this zone consists of the rue Ducale, rue de Louvain (from the rue du Nord to the rue Royale), rue Royale (from the crossroads between the rue de la Croix de Fer, de l’Enseignement and du Treurenberg to the Place Royale), place des Palais, place du Trône, rue Bréderode et inside the zone delimited by these streets).

The police films the demonstrators for the purpose of collecting information via plain-clothes photographers, permanent cameras or even helicopters. In some countries, the militant tradition is to prevent them from doing this effectively: masks, hoods, ejection of the photographers from the demonstration are used to hamper their work.
In Belgium, masks, hoods and making-up are prohibited.

Rebellion: Policemen do not hesitate to use this offence. It is resistance towards the police who are taking action to enforce the law. Be the resistance with violence (even light violence), or threats (the policeman fears a real and imminent danger).
This includes cases when: you struggle while you are held by a policeman, you hit a policeman excluding cases of self-defense, you charge into a police cordon. If you are in a group (two or more) and if you are armed (a placard is enough), it is an aggravation. Refusing to obey an order is not rebellion: you can lie down on the floor and let them drag you away, run away to escape from being arrested,…

The police has the right to:
– Ask you to prove your identity. In theory, you can do it anyway you wish (driving licence, student card,…). In practice, not showing your ID card often leads to a preventive custody. If you don’t have any papers with you, you may be given a fine.
– Carry out a ‘security body search’, superficial and without undressing you, in cases when the law and order could be threatened: people, bags, cars,.. can be searched. It has to be done within an hour, the police cannot force you into the police van to do it.
– Carry out a deeper body search if it has a warrant for arrest. The searching can last six hours, they are allowed to undress you. An internal body search can only be carried out by an appointed doctor.

Preventive custody: in cases of absolute necessity, of threat towards law and order or if the police thinks that you are going to break the law. There is no warrant of arrest, yet you are deprived of your freedom for maximum 12 hours. You don’t have the right to have a lawyer, neither to call someone to tell that you are there, except if you are a minor. The police has the right to take pictures of you ‘if they suspect you of belonging to a movement’, which applies to demonstrators. Foreigners can be kept in jail for maximum 24 hours.

Judicial arrest without warrant: likewewise to the precedent, but the prosecutor is informed, and the loss of liberty is increased up to 48 hours. You don’t have the right to have a lawyer. This type of arrest occurs when you are caught in the act of something illegal.

Judicial arrest with warrant: The prosecutor or the examining magistrate decides to go for it, you are heard within 48 hours by an examining magistrate, who can decide to issue a warrant of arrest and to send you to jail. In this case, demand for a laywer, even if the police will unlikely respect your right. You have the right to call someone so long as there is no risk that your call will spoil the possible judicial enquiry.

The police’s use of strength: A policeman can resort to force according to three principles: legality (purpose and scope of the law), necessity (he has to have no other way to accomplish his purpose), proportionality (he cannot use more strength than needed). He also has to warn that he is going to use force, unless it makes his action ineffective.

A policeman can use his weapon in three cases: self-defence, against one (or more) armed person(s) or very likely armed person(s), or if absolutely necessary to defend persons/properties/places under his protection.

Resistance: If a policeman commits a serious and blatant illegality, you can prevent him of doing it, even with violence. This violence must be strictly necessary and proportional (you can shut the door in his face, form a cordon, but not punch him, unless he punches you,…)
This is theoretical, in case of trial, le police will have a watertight case, you will have to be able to prove that using violence was justified.

Plead self-defence: The legal conditions are very strict, you can respond to an attack: if it is violent, accompagnied by a serious threat (you have the right to defend a friend), present or imminent (a few minutes later, it is considered as reprisals and not self-defence), unfair (if the policemen uses strength scrupulously respecting legal conditions, you cannot react legally), directed against persons (but not your camera) and proportional (you are not allowed to throw a grenade in response to a hustle)

Violence excused by provocation. Provocation is defined as an event which gives rise to anger ou fear and leads to an offence by spontaneous reaction. It can be excused according to the following conditions: illegal, exerted against one or several persons, and in the present. Make sure to gather evidences.
Photos, fingerprints, DNA: a ministerial directive allows the policemen to take pictures of people under preventive custody ‘if they suspect them of belonging to a movement’, which of course applies to demonstrators.

A questionning usually means that they don’t have enough evidence. Don’t be scared, the real danger is that they are gathering evidences. Do not help them. You don’t have anything to declare. The police may ask you anything, but you are not compelled to answer. Don’t do it. You can refuse to answer, keep silent and explain that you have nothing to say. This refusal can not be considered as a confession.
If, despite everything, you declare something, you have the right to reread it, to change it, to add something and to get a copy. You are not compelled to sign your declaration. There is no exceptions to these rights.
The rules are the same in front of the investigating magistrate. Inform you inmates about this fact. Don’t talk too much: it is not impossible that a plain-clothes policeman is in the cell, that microphones have been hidden or that one of you cellman will be very talkative during is questionning.

You are allowed to get one if you’re accused. Your lawyer is your ally within the law: he wants your release. But don’t lose sight of the political and collective stakes. It’s better to lose on the legal ground than to charge your inmates or to loose your political principles. 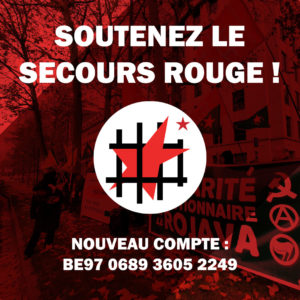 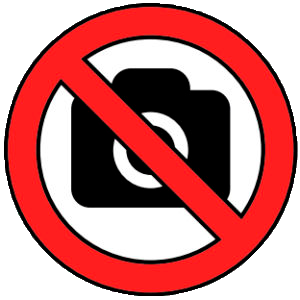 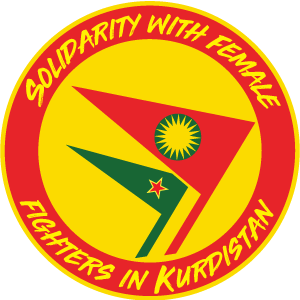